On December 28th, the Carolina Panthers visited the Georgia Dome to take on the Atlanta Falcons. The game was sold out and the winner was awarded a playoff spot. Atlanta Falcons Creative Director, Michael Benford was kind enough to provide credentials to me for taking photos on the field.

One thing to be aware of is that the Falcons play indoors and there is not much natural light available. Since everything moves at a hundred miles per hour, it is best to keep your shutter speed north of 1/1000. There is really only one way to get a decent exposure and keep up with the speed of the game; open the Aperture all the way up and crank up that ISO. Cranking up the ISO means there will be a lot of noise/grain in the photos. I also monitored my Exposure Compensation during the game and had it anywhere between +1 to +2. I had to be careful not to over expose the images, and still get a boost so they are not underexposed in the the faces because of the interior helmet shadows.

In sports photography, everything moves fast, so it was in my best to keep my focus on El-Servo. I had my Auto Focus on Case 4 Tracking Sensitivity which is for subjects that accelerate or decelerate quickly. Here are some of my photos from the game. 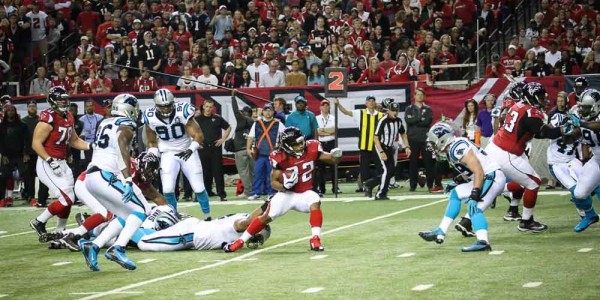 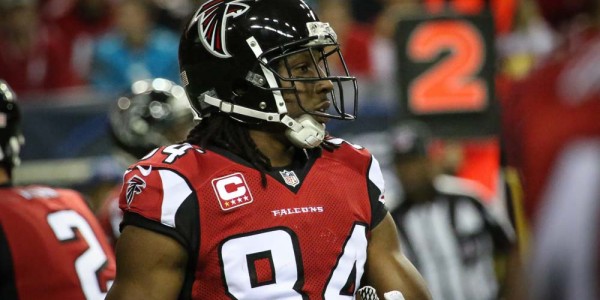 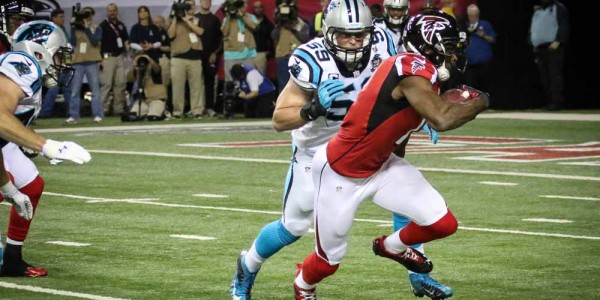 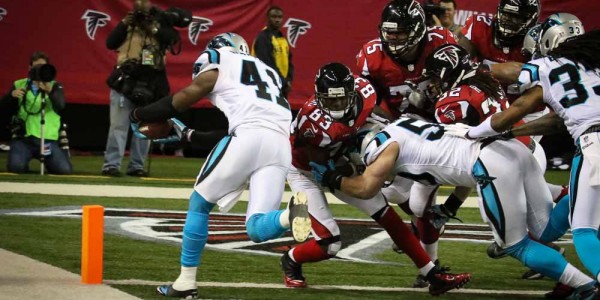 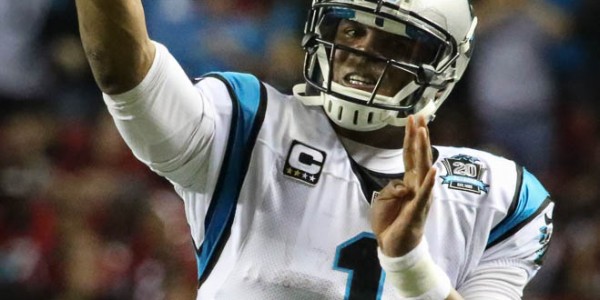 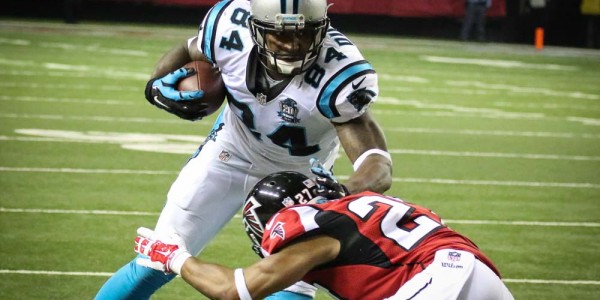 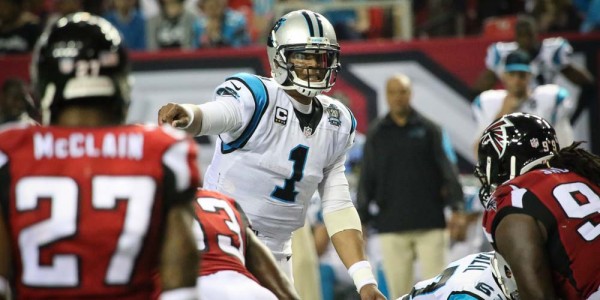 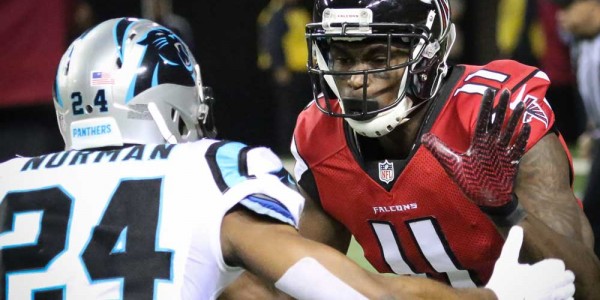 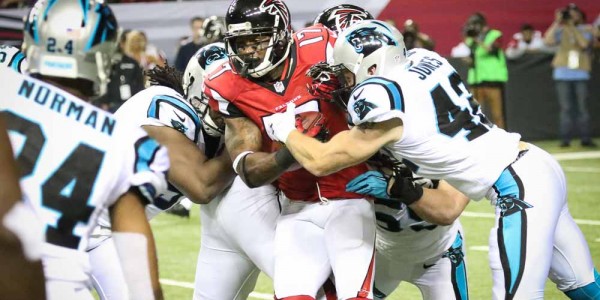 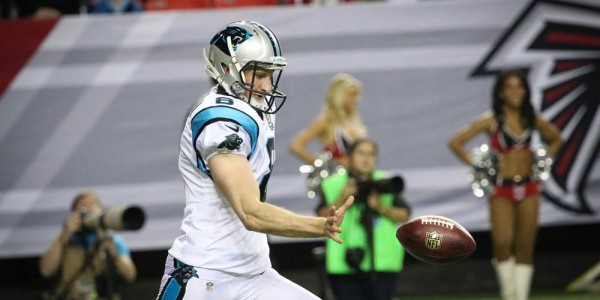 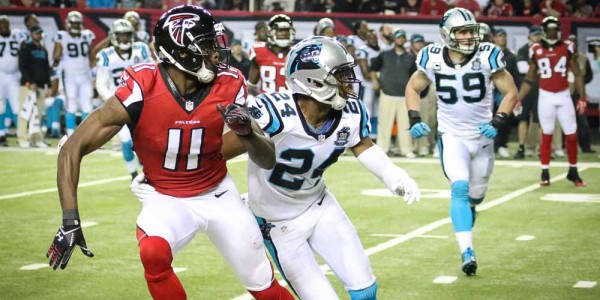 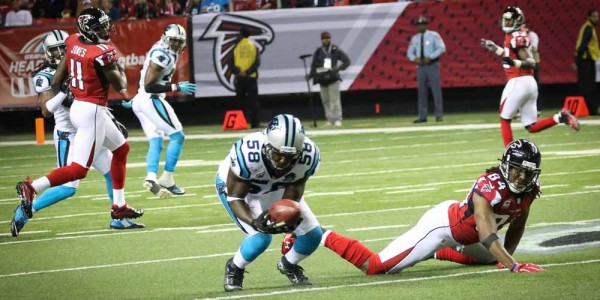 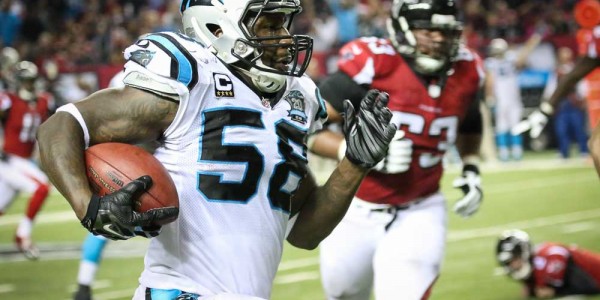 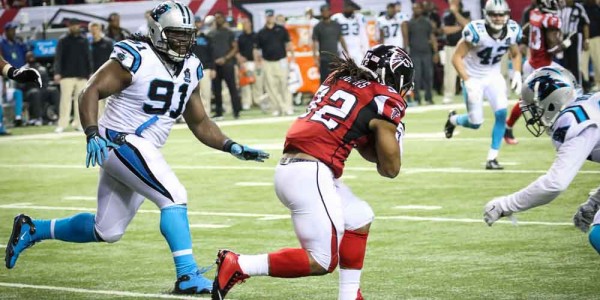 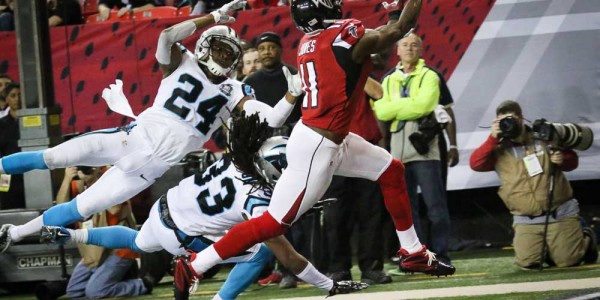 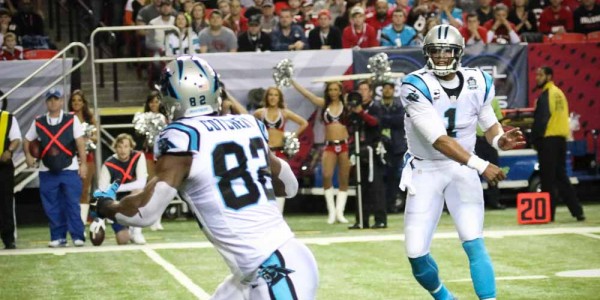 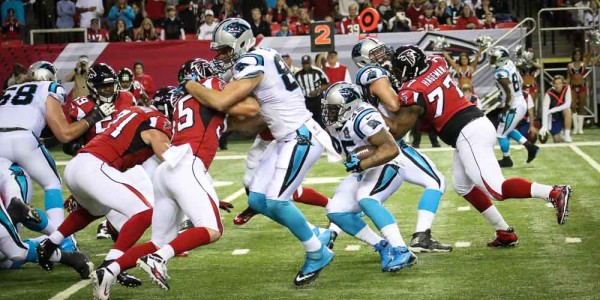 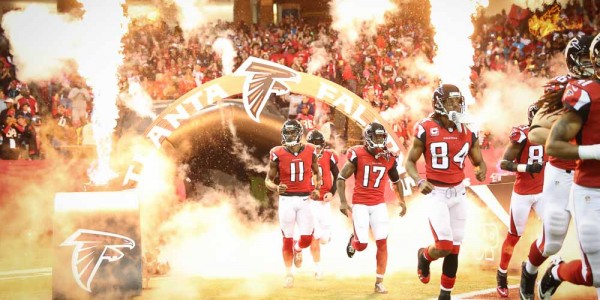 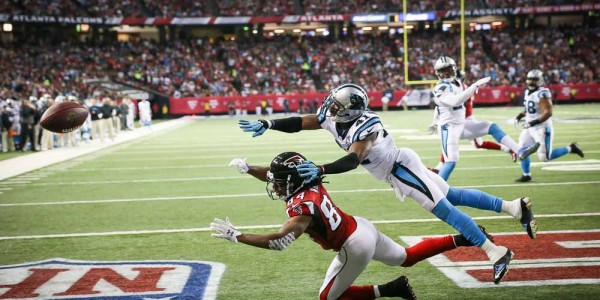 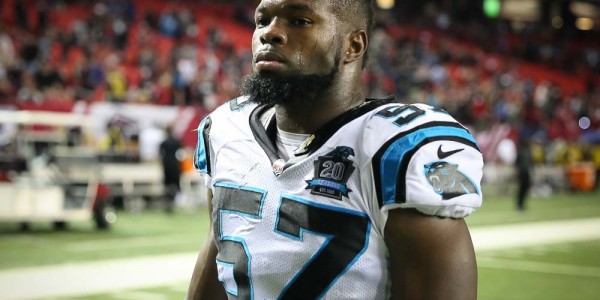 Another important thing about shooting an NFL game, is to be in the right location. This has to do with thinking ahead and making educated guesses on where the ball may go. Luck has a lot to do with it too. During the game, I managed to work around both benches and end zones. Keep in mind, there are hundreds and hundreds of people on the sidelines from player personal, officials, coaches and media. It is important to try and find a flexible angle in case there is a long pass, you do not someone blocking your field of view.

Choosing a focal range also requires anticipation, because you want to get in close, but it is hard to see the whole play unfold. If you are shooting too wide and want to later crop your photo, your subject may not have many pixels.

It is not hard to isolate one player such as the QB or the RB, but the challenge is watching the quarterback’s eyes and the receiver’s route running to anticipate a throw. Remember, these guys are professionals. Their goal is to deceive the defenders, not stare down their targets. Once the ball is thrown, I had to make a split second decision to twitch camera’s to the wide-angle lens in case the ball is coming towards me. If it is not, I need to pan the camera to the subject and possibly zoom in or out in less than a split second and focus. This can be very difficult, but very rewarding.

Although, the game turned out to be very one-sided, I still managed to get a few good shots of the Falcons offense, but as it turned out, Carolina had more of the big plays and that is where I made most of the photos. 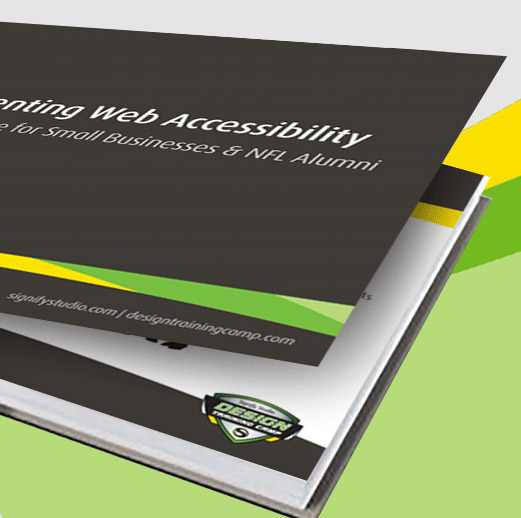 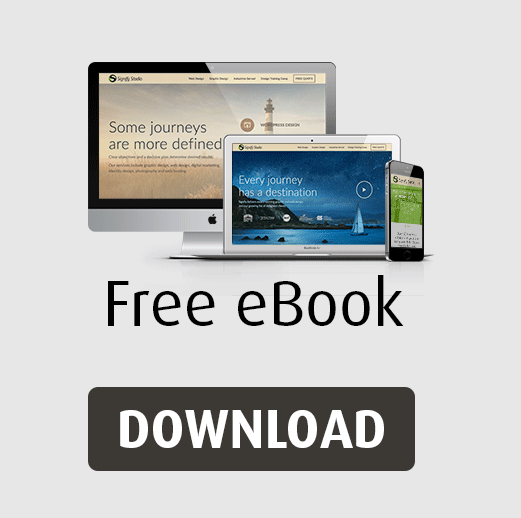 How to choose and work with a graphic designer, web designer or creative firm/design...
Scroll to top